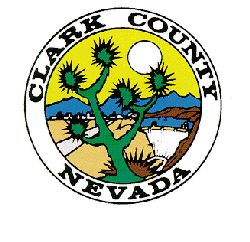 In March 2020, Nevada’s governor issued the first of a number of stay-at-home orders shutting down non-essential businesses, including most of the Grand Bazaar stores. The shops that were allowed to remain open could only do so on a limited basis, and saw precipitous drops in business.

The governor’s order included a statement that the coronavirus had the “ability to survive on surfaces for indeterminate periods of time render[ing] some property unusable.”

JGB alleged “the presence of the coronavirus and the resulting COVID-19 disease have caused direct physical loss and/or damage to JGB’s property….” JGB pleads “[o]vernight, the Grand Bazaar Shops went from a busy, bustling destination for shopping and entertainment to a virtual ghost-town.” The prohibited businesses lost money and JGB lost rental income, among other things.

JGB alleged it purchased all risks business interruption insurance from Starr, with policy limits exceeding $33 million. It pleaded coverage for losses (1) “directly resulting from the interruption of JGB’s normal business operations”; (2) “caused by restriction of access to property, including specifically if caused by an order issued by a civil authority”; (3) “resulting from the untenantability of JGB’s premises”; and (4) “Extra expenses incurred to continue business as nearly normal as practicable.”

JGB claims Starr unreasonably denied coverage by taking the position “there was no evidence that an order of civil authority was issued because of alleged ‘loss or damage to property,’ or that any order prohibited access to JGB’s insured property….” JGB specifically pleads Starr asserted there was “no actual physical loss or damage … identified …. Rather, it appears that [JGB’s] claim is based on the loss of the ability to use the premises because of the March 18, 2020 State of Nevada Emergency Order.” Further, “Starr contended that coverage could not be afforded to JGB because ‘there [wa]s no mention of the [State of Nevada] orders having been issued because of physical loss or damage.’”

The complaint alleges the Starr policy “covers the property insured hereunder against all risks of direct physical loss or damage to covered property while at INSURED LOCATIONS occurring during the Term of this POLICY, except as hereinafter excluded or limited.” INSURED LOCATIONS include “any LOCATION listed on the latest SCHEDULE OF LOCATIONS submitted to and accepted by the COMPANY [Starr] as of the Policy inception date [and] includes the area within one thousand (1,000) feet of such LOCATION, all within the Coverage Territory as well as any building bounded on all sides by public streets, clear land space or open waterways.”

“[T]he Policy’s Business Interruption Section provides that Starr will pay for ‘Loss directly resulting from necessary interruption of the Insured’s NORMAL business operations caused by direct physical loss or damage to real or personal property covered herein . . . arising from a peril insured against hereunder and occurring during the term of this POLICY; all while located at INSURED LOCATIONS.’”

The Starr policy also addresses civil authority closures: “This POLICY is extended to include, starting at the time of physical loss or damage, the actual loss sustained by the Insured, resulting directly from an interruption of business as covered hereunder, during the length of time, not exceeding the number of days shown under TIME LIMITS stated in the Declarations, when, as a direct result of damage to or destruction of property within one (1) statute mile of an INSURED LOCATION by the peril(s) insured against, access to such described premises is specifically prohibited by order of civil or military authority.”

JGB sued for breach of contract, a declaratory judgment that it is entitled to the full amount of all risks coverage for its losses, violations of Nevada’s Unfair Claims Practices Act, and breach of the covenant of good faith and fair dealing. Starr moved to dismiss these claims before Judge Denton in the Clark County Business Court.

First, it should be noted that under Nevada law to survive a motion to dismiss, unlike the federal Twombly/Iqbal standards for plausible pleadings, “[a] complaint need only set forth sufficient facts to demonstrate the necessary elements of a claim for relief so that the defending party has adequate notice of the nature of the claim and relief sought.”

He next looks at the alleged facts.

Judge Denton finds these allegations sufficient to establish a claim that JGB’s losses stem “from the direct physical loss and/or damage to property from COVID-19 to trigger Starr’s obligations under the property and TIME ELEMENT coverage provisions in the Policy, including coverage for general business interruption and Interruption by Civil or Military Authority.” Judge Denton looks to a federal decision out of Missouri’s Western District, Studio 417, Inc. v. Cincinnati Ins. Co., for guidance. A copy of that Missouri federal opinion can be found here.

In Studio 417, the plaintiff adequately stated a claim by alleging:

Pollution Exclusion does not Bar Coverage

The policy also included a pollution exclusion for “contamination”.  Pollutant and Contaminant are defined terms, and include “any solid, liquid, gaseous or thermal irritant or CONTAMINANT including, but not limited to, smoke, vapor, soot, fumes, acids, alkalis, chemicals, virus, waste ….”

Judge Denton concludes: “Starr has not shown that it is unreasonable to interpret the Pollution and Contamination Exclusion to apply only to instances of traditional environmental and industrial pollution and contamination that is not at issue here, where JGB’s losses are alleged to be the result of a naturally-occurring, communicable disease.” The word “virus” did not save the day for Starr.  Judge Denton favorably quotes from a recent Florida federal case, Urogynecology Specialist of Fla. LLC v. Sentinel Ins. Co., for the principle that “[d]enying coverage for losses stemming from COVID-19, however, does not logically align with the grouping of the virus exclusion with other pollutants such that the Policy necessarily anticipated and intended to deny coverage for these kinds of business losses.” A copy of this Florida case can be found here.

Again, a copy of Judge Denton’s Order can be found here.