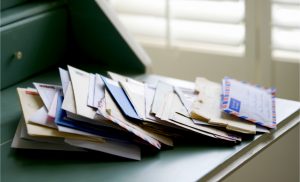 In NFL Enterprises, Inc. v. Echostar Satellite, L.L.C., the NFL brought an injunctive action against Echostar, a distributor of NFL Network football games. Echostar, a satellite TV provider, claimed the NFL breached the parties’ agreement by allowing a game earmarked solely for the NFL Network to be simultaneously shown on broadcast television. Thus, Echostar could terminate its contractual obligations to the NFL in light of the NFL’s own breach. The NFL sought an injunction to force Echostar to continue broadcasting NFL Network games.

This dispute involved the final 2007 regular season game between the Patriots and Giants. The Patriots were trying to complete a perfect regular season by defeating the Giants. The game was originally to be shown solely on the NFL Network, but the NFL decided to show the game on broadcast television as well as the NFL Network, against Echostar’s protest that this breached the parties’ agreement.

The NFL contended, however, that any breach was not its responsibility. Rather, “the decision to simulcast the Patriots-Giants Game resulted from intervention – or in the alternative, a cause beyond the reasonable control of NFL – by lawmakers demanding that the game be made available on broadcast television. Indeed, NFL received letters from Sens. Arlen Specter and Patrick Leahy on behalf of the Committee on the Judiciary … Sen. John Kerry … Reps. Christopher J. Dodd, Joe Courtney, Rosa DeLauro, Christopher Shays, John Larson and Sen. Joseph Lieberman … Sens. Patrick Leahy and Bernard Sanders and Rep. Peter Welch … Sens. John E. Sununu and Judd Gregg … Sens. Jack Reed and Sheldon Whitehouse and Reps. Patrick J. Kennedy and James R. Langevin … Reps. Carol Shea-Porer and Paul Hodes … and Rep. Barney Frank….”

The NFL argued that the relevant contract’s force majeure provision excused performance under these circumstances. The force majeure clause provided: “Notwithstanding any other provision in this Letter Agreement, Network or [EchoStar] shall not have any liability to the other or any other person or entity with respect to any failure of Network or [EchoStar], as the case may be, to perform its obligations hereunder such failure is due to . . . (b) any labor dispute . . ., fire, earthquake, flood, riot, government intervention, legal enactment, government regulation or any material change in applicable law; (c) any act of war or act of God; or (d) any cause beyond the reasonable control of Network or [EchoStar] as the case may be . . .” (Emphasis added)

Judge Lowe stated, “[u]ndoubtedly, the content within the foregoing letters placed pressure on the NFL to make the Patriots-Giants Game available to a broader audience.” Judge Lowe had to determine whether the NFL was likely to succeed on the argument that the informal pressure from Congress might “rise to the level of ‘government intervention’ as the term is defined under the … Agreement.”

Judge Lowe cited New York law for the proposition that “[o]rdinarily, only if the force majeure clause specifically includes the event that actually prevents a party’s performance will that party be excused.” Further, “[t]he principle of interpretation applicable to such clauses is that the general words are not to be given expansive meaning; they are confined to things of the same kind or nature as the particular matters mentioned.” Moreover, “’[s]uch force majeure clauses excuse non-performance only where the reasonable expectations of the parties have been frustrated due to circumstances beyond the control of the parties’….” Finally, if a party takes voluntary action solely due to financial considerations, there is no force majeure event.

Echostar argued that the letters did not constitute government intervention, that these were merely informal requests, and to the extent that any member of Congress threatened to examine the NFL for antitrust violations, the threat was empty. Judge Lowe disagreed. He recognized that the government can seek to compel compliance through informal means, and that it may well be foolhardy not to comply with such informal requests when potentially faced with formal inquiries.

Judge Lowe held, “[w]ithout giving expansive meaning to the term ‘government intervention,’ this Court finds that NFL may succeed in demonstrating that the term ‘government intervention’ includes the alleged government conduct here, particularly the letters by numerous Members of Congress….” Further, as set forth above, under New York law, force majeure clauses “are confined to things of the same kind or nature as the particular matters mentioned.” Judge Lowe found “the alleged government conduct … is a reasonable interpretation of government intervention as applied to the ‘same general kind or class’….” Thus, the letters from Congress constituted a force majeure event and the NFL was not in breach.

A copy of the decision in NFL Enterprises, Inc. v. Echostar Satellite, L.L.C can be found here.