In today’s post, we discuss a force majeure case from the New York Commercial Division, Manhattan, involving whether a court order that stopped one party for being able to carry out its business constituted a force majeure event. 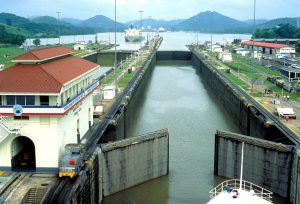 In this 2012 New York Commercial Division case, Castro Petroleum Ltd. v. Petroterminal De Panama, S.A., the court had to determine if a court order amounted to a force majeure event.

Castor shipped oil, and stored oil at PTP’s facility in Panama. There was an oil spill at the facility. Four months later, suit was instituted in Panama against Castor, PTP and others because of the oil spill.

“[A] Panamanian court attached Castor’s oil, which was being stored in PTP’s facility, in order to obtain personal jurisdiction over it. As a result, although PTP’s facility remained open and operational, Castor was prevented by court order from accessing its oil, which, in turn, caused severe disruption to its business operations including lost profits and cancelled transactions.” Castor brought an indemnification claim against PTP, and PTP asserted that it was excused from performance by a force majeure provision in the parties Transportation and Storage Agreement (TSA).

The TSA defined force majeure as, “Any act of God or of a … government embargo or intervention or other similar or dissimilar event or circumstances, in any such foregoing case is beyond the control of the affected Party and which could not have been prevented or overcome by the exercise of the affected Party’s due diligence ([Court’s] emphasis added).” The provision itself stated, “If, solely as a direct result of a Force Majeure Event, PTP or Shipper [Castor] fails or omits to carry out or observe any of the terms, provisions or conditions of this Agreement, such failure or omission shall not be deemed a breach of this Agreement, and the affected Party’s obligations hereunder shall be suspended insofar as performance of such obligations is rendered impracticable ([Court’s] emphasis added).”

New York Commercial Division Judge Charles Ramos observed that “the primary purpose of a force majeure clause is to relieve a party from its contractual duties when its performance has been prevented by a force beyond its control….” “[F]orce majeure clauses are aimed at events that neither party could have foreseen or guarded against in the agreement….” These clauses “are narrowly construed, and thus a party’s performance will be excused only if the clause specifically includes the event that actually prevents performance….” A party attempting to assert that a “force majeure event of a governmental restraint excuses its performance must demonstrate its bona fide efforts to dissolve the restraint that prevents performance of its contractual duties….” In this case, the court order was rescinded by a higher Panamanian court less than two months later.

Judge Ramos found “that the attachment, issued by a Panamanian court and which completely prohibited Castro from accessing its oil that was being stored in PTP’s facility, clearly constitutes a ‘government embargo or intervention’ within the meaning of the TSA. The attachment was an event included in the contractual definition of a force majeure event, and its effect was to render PTP’s performance of its obligations under the TSA impracticable, insofar as it had covenanted to make its facility available for Castor’s use.” In this case, “the effect of the attachment was [to] frustrate the entire purpose of the TSA by preventing PTP from fulfilling its contractual obligation to Castor to make its oil storage facility available for Castor’s use, while complying with ‘any and all Applicable Laws’ … beyond the control of the parties.”

A copy of the opinion is attached here.  Judge Ramos’ decision was affirmed on appeal.