Following up on developments in New Jersey’s Complex Business Litigation Program (CBLP), we note that opinions issued by CBLP judges can be found on this webpage.  Here are two brief examples of CBLP opinions. 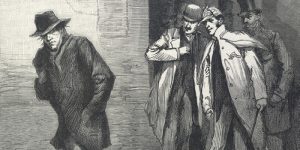 An SAR itself is clearly privileged, and the court found that if “any document sought will reveal the existence of a SAR, or contain information explicitly related to SAR requirements, it is not discoverable.” However, Judge Mega had to address how far this privilege reached into the bank’s conduct and documents.

Judge Mega concluded the SAR privilege is “to be interpreted narrowly” and that discovery is permissible so long as the party seeking discovery does “not request or reveal the existence of a SAR.” Thus, “documents and information relating to [a bank’s] internal investigation, as well as [that bank’s] investigatory policies and procedures, are admissible as long as they do not reveal the existence of a SAR.” Judge Mega explicitly rejected the notion that the SAR privilege automatically covers all “investigations, policies and monitoring of suspicious activity”.

This opinion also addresses limits on the attorney-client privilege when an attorney solely performs non-legal services; proper notice to third parties when discovery of third party banking records is sought; the sufficiency of factual support for an expert’s opinions under Daubert; and the scope of “relevance” as the means of measuring permissible discovery. The usual rule is that an entity purchasing a company’s assets does not become encumbered with the seller’s liabilities. There are four exceptions to this rule:

(1) where the purchasing corporation expressly or impliedly agrees to assume such debts and liabilities;

(2) where the transaction amounts to a consolidation or merger of the seller and purchaser;

(4) where the transaction is entered into fraudulently in order to escape responsibility for such debts and liabilities.

Determining whether one of these exceptions applies requires a fact intensive inquiry.

(1) the purchasing entity assumed a significant portion, if not all, of the liabilities necessary for a continuation of the seller’s business;

(2) the seller ceased to exist after the transaction with the purchasing entity; and

(3) it was the intent of the purchasing entity to absorb and continue the operation of the seller.

This last factor carries the most weight.

In this case, an entity (the “debtor”) breached a sublease with plaintiff. Two of the debtor’s affiliates sold their assets to another entity (the “buyer”), but the debtor itself was not a party to that asset purchase agreement and did not sell its assets to the buyer. Yet, plaintiff pursued the debtor, the two affiliates, and the buyer for breach of the plaintiff-debtor sublease.

The buyer was purportedly liable under theories of de facto merger and mere continuation of the debtor, as well as the two affiliates. Judge Wilson rejected both arguments.