New Jersey’s Complex Business Litigation Program (CBLP) opened its doors on January 1, 2015. New Jersey’s Supreme Court created the CBLP and made it part of the New Jersey Superior Court’s Law Division, a trial level court. In 2018, the Supreme Court promulgated a distinct set of CBLP rules, and on January 31, 2019, the Superior Court issued CBLP Case Management Guidelines, Model Forms, and Model Orders. The new Rules and Guidelines are highlighted below.

A court brochure explaining the CBLP can be found here. 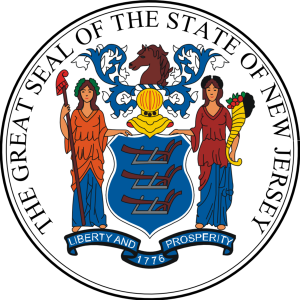 First, a Very Brief History of Business and Commercial Courts in New Jersey

Although the CBLP is just beginning its fifth year, New Jersey has a much longer history with business and commercial courts. Delaware’s Court of Chancery became the premier business court in the early 20th Century only after Delaware became the primary choice for incorporations in the United States. Until 1913, New Jersey was the principal home for incorporations, and the history of U. S. business courts could have been quite different had New Jersey Governor Woodrow Wilson not made incorporating in New Jersey less hospitable.  In Vice-Chancellor Andre G. Brouchard’s 2017 keynote address at the Delaware Corporate Law Symposium, he states of New Jersey’s 1913 “Seven Sisters Act”: “Although we are not formally celebrating this anniversary of sorts today, it may be in reality the most significant contributor to the prominence Delaware has gained in the business of entity formation.” 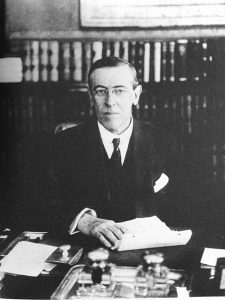 Eighty years later, in 1993, New Jersey’s first specialized complex commercial judicial assignment was implemented in the Essex County (Newark) Superior Court. Three years later, a commercial case pilot program was instituted in Essex and Bergen Counties. This program assigned a single judge, with a business or commercial background, to handle complex commercial cases from beginning to end. It continued in these two counties through 2014. Other than one relatively brief experiment involving the New Jersey Superior Court’s Chancery Division, this two county program constituted New Jersey’s business courts until 2015, with the CBLP’s creation.

Chief Justice Stuart Rabner issued an Order in November 2014, effective January 1, 2015, establishing the CBLP statewide in each of New Jersey’s 15 vicinages.  New Jersey uses civil track assignments to classify cases and apply appropriate levels of case management depending on case classification. The CBLP is a new case track within this existing system, rather than a new court division. A hallmark of the CBLP is that it requires a single CBLP judge in each vicinage, handling CBLP cases from beginning to end.

The new Rules and Guidelines spell out CBLP jurisdiction. Cases worth in excess of $200,000 and falling within the definitions of “Complex Commercial” or “Complex Construction” are presumptively within the CBLP. (Rule 4:102-2) However, the court does have discretion to include disputes worth less than $200,000, if still sufficiently complex. (Rule 4:102-4)

As defined, “Complex Commercial” cases arise of out of business or commercial transactions. The characteristics of a complex commercial case include, alternatively: significant damage exposure, complex factual or legal issues, a large number of separately represented parties, numerous motions involving novel or difficult legal issues, large numbers of witnesses or a large volume of documentary evidence (including ESI) requiring closer case management, lengthy trials, or interpretations of business or commercial statutes that may have broad significance. There is also a catchall provision for cases involving “other contentions of a complex business – commercial nature.” (See CBLP Case Management Guidelines, under “Eligibility”). 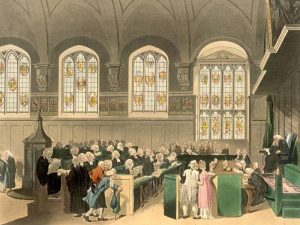 In a few county courts, the General Equity judge is also the assigned CBLP judge, so there is no practical difference. Moreover, to the extent, e.g., corporate governance disputes are assigned to a vicinage’s single General Equity judge, the case is effectively in a specialized program. This is no different from Delaware’s Chancery Court hearing corporate governance cases, while its specialized Superior Court Complex Civil Litigation Division hears commercial disputes. Similarly, the Cook County, Illinois Circuit Court’s Chancery Division has jurisdiction over internal business dissolutions, while its specialized Law Division Commercial Calendars hear commercial disputes between businesses.

There are initial disclosure requirements akin to Federal Rule 26(a). Also like the Federal Rules, the parties are required to hold an initial conference prior to the first scheduling conference with the court, addressing the nature of their claims and defenses, settlement, disclosures, preservation, and preparing a discovery plan. The rule lists the specific points the parties’ joint discovery plan must include. There is also a model Joint Proposed Discovery Plan available to focus the parties’ efforts.

The next phase is the case management conference itself, and the initial scheduling order created from that meeting.  The Guidelines include a Model Scheduling Order. In creating the case management plan, the rule includes 16 distinct items the court may consider at the scheduling conference (Rule 4:103-3(c)(2)(A-P)), thus putting the parties on full alert as to what they should be prepared to address by the time they arrive.

The rule also gives the CBLP judge discretion to “require that a party or its representative be present or reasonably available by other means to consider possible settlement.”

The court may schedule additional case management conferences at any time.

Pre-trial conference practice is consistent with already existing rules, with added emphasis on getting the case thoroughly prepared going into trial, and having real decision makers present to address all pre-trial issues.

New Jersey’s courts use court annexed complementary dispute resolution in civil cases, including mandatory civil mediation of certain cases and arbitration. The Guidelines are clear that CBLP cases are not part of either of these programs. However, CBLP judges are to encourage parties to use mediation or other ADR methods to settle cases.

The new Rules address discovery in detail.  This includes timing; deposition conduct and limits (as to number and length); the number of interrogatories and time to reply; the details that must be included in responding to document requests; the consequences of failing to preserve ESI (including sanctions up to dismissal and default); how ESI that is not subject to a court’s preservation ordered may be handled; privilege logs; confidentiality orders; expert discovery; the effect of signing disclosures; and a cross-reference to the procedure for seeking sanctions under the CBLP motion rules (Rule 4:105-4).

There are model form stipulations and orders for eDiscovery and clawbacks.

The new motion rules make clear that only the CBLP judge is to rule on CBLP motions, unless the court orders otherwise. The parties, with court approval, may include provisions for the filing and disposition of motions in the initial scheduling order.

The motion rule also covers: extensions of time for dispositive motions; the detailed process for summary judgment motions; the length of briefs and affidavits; sur-replies and post submission filings (including an admonition that any sur-replies or submission made without permission shall not be entertained); the means to join in another party’s motion; and the types of motions that may be submitted without briefs.

The parties must meet and confer before approaching the court with any discovery disputes. If the dispute cannot be resolved, then moving counsel must (1) send the court a written summary of the disputed points with that party’s position and (2) request a telephone conference. In response, the opponent may submit its own letter summarizing its position on the disputed points. The court will then hold a conference, on or off the record, with counsel having decision-making authority. If the matter cannot be resolved, then the court will set a briefing schedule.

This motion practice embodies two fundamental components necessary to make the CBLP work in all aspects, while recognizing the parties are adverse and counsel are advocates for their clients:

Counsel are expected to communicate as necessary to move the case forward, within the bounds of professionalism, 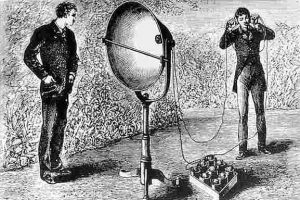 and a single judge will provide attentive case management. 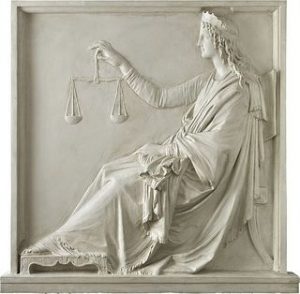 As mentioned above, per the 2019 Guidelines, model forms and orders have been created for litigants’ use. These forms are not mandatory, but if used will clearly be acceptable to the court.

The CBLP Model Scheduling Order can be found here.

The CBLP Model eDiscovery Stipulation and Order can be found here.

The CBLP Model Clawback Stipulation and Order can be found here.

In addition to the Rules and Guidelines, sources of information for this post include A History of the Creation and Jurisdiction of Business Courts in the Last Decade (2004);  Hon. Andre G. Bouchard, The Delaware Court of Chancery’s 225th Anniversary, 73 Business Lawyer 953 (2018); and Hon. Donald F. Parsons Jr. and Hon. Joseph R. Slights, III, The History of Delaware’s Business Courts: Their Rise to Preeminence, Business Law Today (March/April 2008).