Douglas Toering and Ian Williamson have written an article, Business Courts in Michigan: Seven Years and Counting, on the current status of Michigan’s business courts. A copy of this Michigan Bar Journal article can be found here. 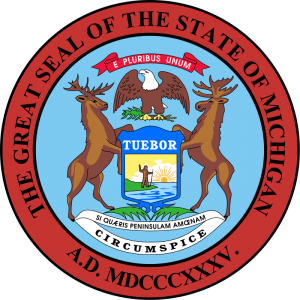 “Two case management techniques that most business court judges emphasize are early mediation and early judicial involvement (often by a case management, scheduling, or status conference). At that early case conference, the court and counsel typically discuss the overall nature of the case, which will often result in a customized scheduling or case management order. In many, but not all, cases, the judge will recommend (if not order) early mediation, perhaps after some discovery has occurred.”

Overall, the article provides a good history of Michigan’s business court experience, along with current data. Among other things, court statistics show that the business courts have produced well over 1,000 opinions during the last seven-plus years. These opinions are available online.

Court data also reveals that during the 2016-2018 time period, 74% of business court cases were disposed in less than a year. By comparison, only 63% of all circuit civil cases were disposed in less than one year, and that figure includes business court case dispositions. (For cases not quite two years old, the percentages of dispositions are only 3% apart).

We observe this is similar to some other findings nationally. In 2012, the then seven-year old Metro Atlanta Business Court reported that its average administration time on complex contract cases was 65% faster than the general docket, and 56% faster on complex tort cases. (Fulton County Superior Court, Business Court 2012 Annual Report, p. 4) The Atlanta business court’s disposition rates were even shorter by 2017, twelve years into the program. (Fulton County Superior Court, Metro Atlanta Business Court 2017 Annual Report, p. 6) Early in its experience, Manhattan’s Commercial Division showed “[a] 29% reduction in the average time to dispose of cases … [a]n 85% increase in the number of cases settled before trial … [a] 26% decrease in the volume of pending cases … [and a] 6% increase in case dispositions.” (Business Litigation Resource Committee, The Business Litigation Session in Massachusetts Superior Court: A Status Report, p. 4, February 2003) Wisconsin’s Chief Justice reported in November 2019 that its business court pilot program reduced disposition time from 36 months to 12 months in some cases. (Chief Justice Patience Drake Roggensack, State of the Judiciary Address 2019, Science and the Courts)

We commend you to the full article for more details about Michigan’s Business Courts.