In 2009, Ohio’s Supreme Court created temporary rules for Commercial Dockets, which rules were made permanent in 2013. Ohio Superintendence Rule 49.01 provides that an Ohio Court of Common Pleas can establish a Commercial Docket if it has at least six general division judges or is located in a county with a population above 300,000. Each eligible county’s trial court judges have the power to decide if they want to implement and/or maintain a Commercial Docket.

The Committee itself identifies its “two primary concerns … with the current commercial docket system.” First, “the system is not mandatory, and therefore its availability is inconsistent.” Thus, as noted above, each county’s judges can vote as to whether the Commercial Docket should continue. The Committee believes that non-mandatory jurisdiction creates inconsistencies for lawyers and business owners, “contradicting the basic reasons for the Commercial Docket.” 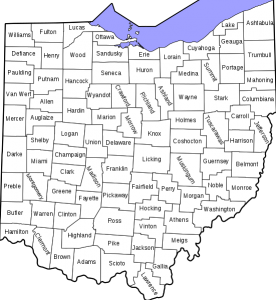 The Committee’s proposed resolution calls “for the adoption of a commercial docket or a similar procedure designed for the resolution of business disputes by judges experienced with or trained to handle such matters throughout Ohio pursuant to such rules, laws or regulations as determined by the state legislature in conjunction with the Supreme Court of the State of Ohio.” Under the resolution, the Ohio State Bar Association would work with the Supreme Court, state legislature, and other interested parties to make recommendations toward implementing a business court that has a more permanent nature and broader presence across the state. The study will also address issues surrounding judicial selection, and the affects Commercial Dockets might have on judges, ranging from the election process to caseloads.

It is our understanding that a study is proceeding.