We are re-posting our reporting on New York Commercial Division Developments in 2022, on this single page, as all Business Court Blog posts after February 2022 are no longer available on the dates originally posted. 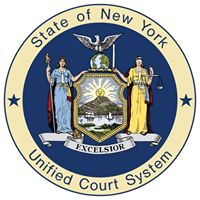 The seven original posts are numbered and re-posted below in the chronological order in which they originally appeared:

A copy of Judge Marks’ Order, including the amended rules’ text, can be found here.

The Commercial Division Advisory Council (CDAC) memo concerning these rule amendments explains that these rule revisions consolidate “several existing Commercial Division rules concerning e-discovery and makes other additions and revisions consistent with current law and practice.” The CDAC highlights that these revisions are intended to: (1) address “e-discovery in a more consolidated way,” (2) “modify the rules for clarity and consistency,” (3) “expand the rules to address important ESI topics consistent with the CPLR and caselaw,” and (4) “to provide further detail in Appendix A – Proposed ESI Guidelines than is practical in the Commercial Division Rules.”

A copy of the CDAC’s full memorandum can be found here.

Our thanks again to business courts pioneer Robert Haig, of Kelley Drye, for bringing these developments to our attention.

On May 16, 2022, Chief Administrative Judge Lawrence K. Marks ordered the implementation of revised Commercial Division Rule 11, providing a new preamble and new Rules 11(a-c).  The new rules take effect on May 31, 2022.  The text of the Order can be found here.

The new additions to Rule 11 include the following:

Preamble to Rule 11. Acknowledging that discovery is one of the most expensive, time-consuming aspects of litigating a commercial case, the Commercial Division aims to provide practitioners with a mechanism for streamlining the discovery process to lessen the amount of time required to complete discovery and to reduce the cost of conducting discovery. It is important that counsel’s discovery requests are both proportional and reasonable in light of the complexity of the case and the amount of proof that is required for the cause of action.

(b) The court may further direct, if a defendant filed a motion to dismiss and the court dismissed some but not all of the causes of action, plaintiff and counterclaim plaintiff to revisit the documents to again state, clearly and concisely, the issues remaining in the case, the elements of each cause of action and the facts needed to establish their case.

(c) Any written description of a party’s claims/defenses provided under this Rule is not binding and does not limit the scope of a party’s pleadings.

The new preamble and new Rules 11(a-b), were suggested by the Commercial Division Advisory Committee (CDAC) for the reasons set forth in its June 30, 2021 memorandum.  A copy of the Memorandum is attached here.  The CDAC stated at the time:

The Advisory Council recommends Rule 11 be modified to include a Preamble about proportionality and reasonableness—two concepts that must govern discovery in all cases, including the most intricate, difficult and complex Commercial Division case. These concepts are included in a Preamble so that no party or counsel may argue that these concepts are modifying any legal standards or Rules that apply to the scope of discovery.

The Advisory Council also recommends the addition of provisions allowing the court to direct early case assessment disclosures and analysis prior to and after the preliminary conference. The goal of these recommendations is to streamline the discovery process so that discovery is aligned with the needs of a case and not a search for each and every possible fact in the case. Similar provisions for early case assessment documents are utilized in other international fora and federal courts.

Our thanks to business courts pioneer Robert Haig, of Kelley Drye, for bringing this development to our attention.

On June 7, 2022, The Business Council of New York State put on a one-hour program, The Benefits of the Commercial Division to the State of New York. A publicly available link to the webinar can be found here.

On July 12, 2022, Rule 15 addressing conference adjournments was amended to add the following language: “By leave of court as provided by Rule 1(d), attorneys are encouraged to use remote appearance technology in order to avoid adjournments of conferences.”

The court is clearly aiming to keep litigation on track by eliminating easily avoidable delays through the ready use of technologies that have become a familiar part of attorneys’ daily lives during the Covid-19 pandemic.

A copy of the Order amending Rule 15 can be found here.  That rule change was made effective immediately, on July 12, 2022.

On August 17, 2022, Rule 6, governing Form of Papers, was amended to add the following language as a new subpart 6(d), addressing “Interlineation of Responsive Pleadings”:

While there is some small additional burden on responding attorneys (or their administrative assistants), all experienced litigators, and judges, know how much easier this makes everyone’s life in not having to jump between pleadings.  This amendment becomes effective today, September 12, 2022.

A copy of the Order amending Rule 6 can be found here.

Such a practice is also extremely useful in responding to interrogatories and document requests.

A copy of the CDAC’s memos addressing the purposes and reasoning in promoting this rule change can be found here.

Our thanks to business courts pioneer Robert L. Haig, of Kelley Drye, for bringing this development to our attention.

The New York Commercial Division Advisory Council (CDAC) has proposed amending the Commercial Division Rules to address certain aspects of pre-trial motions in limine.  The Administrative Board of the Courts is seeking public comment on the CDAC’s proposals.  A copy of the proposed changes, with the CDAC’s rationale for those changes can be found here.

Current Commercial Division Rule 27, provides: “Motions in Limine. The parties shall make all motions in limine no later than ten days prior to the scheduled pre-trial conference date, and the motions shall be returnable on the date of the pre-trial conference, unless otherwise directed by the court.”

Thus, the current rule provides no specific guidance, e.g., on the subject matter that may be included in motions in limine, or the specific timing of any response.

The CDAC’s proposed amendment would provide:

Opposition papers, if any, shall be served and filed no later than two days before the return date of the motion, unless otherwise directed by the court. Objections to the admissibility of specific exhibits or specific deposition testimony based on basic threshold issues such as lack of foundation or hearsay shall be made under Rule 28 and Rule 29, respectively. Motions in limine should be used to address broader issues concerning, for example, (1) the receipt or exclusion of evidence, testimony, or arguments of a particular kind or concerning a particular subject matter, (2) challenges to the competence of a particular witness, or (3) challenges to the qualifications of experts or to the receipt of expert testimony on a particular subject matter. Motions in limine should not be used as vehicles for summary judgment motions.

The proposal fleshes out the point that motions in limine should be directed, in specific detail, at various evidentiary issues, and should not be a vehicle for belated back door summary judgment motions.  The amendment gives the parties and court a means to focus at trial, and streamline the process by addressing evidentiary issues in advance of trial.  While motions in limine likely have been used for such purposes already, the proposed rule amendments overtly bring these practices to the parties’ attention, and emphasize that motion in limine practice should be more common and uniform.  This takes motions in limine from an ad hoc practice, and makes the case for a more uniform best practice use of motions in limine.

There is nothing in the rule amendment itself to indicate that a party choosing not to file a motion in limine loses any rights to challenge evidence for the first time during trial.  Thus, the rule does not address the possibility that a party may not want to clear up an evidentiary dispute before trial via a motion in limine, because that party sees a strategic or tactical advantage in doing so at trial.  Such challenges would then be subject to judicial discretion, prior case law, and any other pertinent rules.

The CDAC’s rationale for the rule change states:

The Advisory Council recommends Rule 27 be modified to add a deadline for service of opposition papers to motions in limine and to provide guidance on the types of issues that motions in limine should address. The Advisory Council directs attorneys to sponsor their objections to exhibits and deposition testimony under Rules 28 and 29 and to use motions in limine to address broader case issues, such as challenging the competence of a witness, the propriety of expert testimony, or evidence related to a particular subject matter. Last, the Advisory Council thought it wise to include an admonition to parties and their counsel not to use a motion in limine as an application to bring an untimely motion for summary judgment as the courts will not be receptive to such an initiative.

Our thanks to business courts pioneer Robert L. Haig, of Kelley Drye, for bringing this development to our attention.

The New York Commercial Division Advisory Council (CDAC) has proffered a rule change to Commercial Division Rule 29, “to clarify that the objection process pertaining to the identification of deposition testimony should include presentation and consideration of objections to videorecorded deposition testimony….”  The CDAC recognized Covid’s effect on increasing video-depositions, with a concomitant increase in objections, and seeks the means to efficiently address these objections unique to video recording, prior to trial.

The CDAC states its rationale as follows:

The use of remote, videotaped depositions soared during the pandemic and it is likely that the use of videotaped depositions at trial will also increase in the post-pandemic world. As to be expected, there were occasional technological glitches during depositions that may affect the quality or accuracy of the videotaped testimony. There were also new and different objections lodged, including (by way of example) to the use of “sharing screens” to show a witness only a portion of an exhibit. The Advisory Council recommends Rule 29 be modified to clarify that the objection process should include presentation and consideration of any objections to the introduction of the relevant portion of the videotape of the deposition testimony to be introduced. The Local Rules of the U.S. District Court for the District of New Hampshire also acknowledge the potential for objections specific to the introduction of videotaped testimony.

The Administrative Board of the Courts is seeking public comment through January 31, 2023.

The CDAC explains as follows:

The Advisory Council recommends Rule 28 be modified to streamline the process for marking and preparing to introduce exhibits into evidence, conserve and use the time with the Court more efficiently, and expand the process for objecting to proposed exhibits. To achieve this objective, the Advisory Council suggests that Rule 28 be modified to clarify that counsel should not be consuming time at the pretrial conference to mark exhibits. The current language of the Rule may create an issue for those Justices who conduct the pre-trial conference without the presence of a court reporter. Without a court reporter, the trial exhibits cannot be marked “into evidence” at the pre-trial and these Justices tend to accept the exhibits into evidence at the start of the trial.

The Advisory Council also recommends clarification of the process of asserting objections to exhibits, requiring counsel to be prepared to state the objection to any exhibit with specificity, and leaving it to the Court’s discretion whether to rule on objections at the pretrial, at the start of the trial, or as the trial progresses and the exhibit is introduced.

The Advisory Council further recommends that the Rule be modified to reflect that exhibits may be digital or another format that does not lend itself easily to physical marking.

Lastly, the Advisory Council recommends deleting that the court will rule upon the objections to exhibits at the earliest possible time as it is unnecessary.

The Administrative Board of the Courts is seeking public comment through January 16, 2023.