On May 16, 2019, Indiana’s Supreme Court issued an Order making Indiana’s Commercial Courts permanent, effective June 1, 2019.  A copy of the Order can be found here. 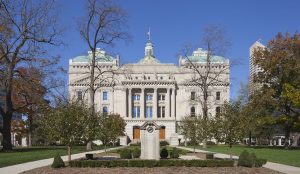 The Pilot Program Judges (Bobay, Bowers, D’Amour, Granger, Sedia, and Welch) had issued their own interim report in December 2017, providing considerable detail on the Commercial Courts’ progress.  A copy of that report can be found here.

In its Order last week, Indiana’s Supreme Court found that the Commercial Courts had advanced the following benchmarks and goals:

The Supreme Court has adopted Commercial Court Rules, which go into effect on June 1, 2019, noting there have been some amendments from the earlier adopted interim rules. “The purpose of these rules is to (1) promote the efficient resolution of commercial disputes; (2) improve court efficiency for all court users; (3) employ and encourage early alternative dispute interventions; (4) enhance the accuracy, consistency, and predictability of judicial decisions in commercial cases; and (5) enhance economic development in Indiana by furthering the efficient resolution of commercial law disputes.”

The new rules are attached as Exhibit A to the May 16, 2019 Order. In addition to the text of the Rules themselves, there is significant commentary accompanying certain Rules.

Here are some highlights from the permanent Rules: 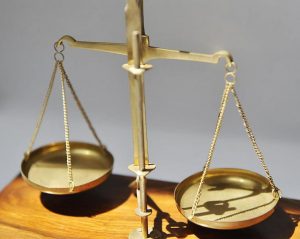 The Rules include a detailed list of cases falling within Commercial Court purview. (Rule 2)

People appropriate to the task can be appointed as “Commercial Court Masters.”  Among other powers, a Commercial Court Master “may require the production of evidence on all matters embraced in the order of reference, including the production of records and documents of all kinds, including electronic media. The Master may rule upon the admissibility of evidence unless otherwise directed by the order of reference and has the authority to place witnesses under oath. The Master may examine witnesses, including the parties to the action, under oath. The Master may permit the parties to examine witnesses under oath, and may place reasonable limits on the examination of witnesses by the parties.” (Rule 5)

The Commercial Court discovery rule includes, among other things, requirements for initial disclosures and specific address of electronically stored information practice. Discovery may be obtained, “regarding any nonprivileged matter that is relevant to any party’s claim or defense and proportional to the needs of the case, considering the importance of the issues at stake in the action, the amount in controversy, the parties’ relative access to resolving the issues, and whether the burden or expense of the proposed discovery outweighs its likely benefit. Information within this scope of discovery need not be admissible as evidence to be discoverable.” (Rule 6)