The New York Commercial Division Advisory Council has proposed a new rule on videoconferencing, and facilitating remote appearances at court conferences and oral arguments. Attached is a copy of the proposed new rule, along with a memorandum from the Advisory Council supporting its implementation. This is consistent with the Court’s and Advisory Council’s continual efforts to advance the Commercial Division’s evolution, and not simply stand pat on over twenty years of this business court’s already immense success.

Some of the Advisory Council’s reasoning behind the new rule includes the following:

“Counsel for parties in cases pending before the Commercial Division often are required to travel substantial distances to participate in court proceedings. Sometimes those distances are thousands of miles, such as when a lawyer from San Francisco travels to New York County to argue a motion. More often those distances may be hundreds or dozens of miles, such as when a lawyer from White Plains travels to Erie County or Albany County to participate in a status conference. Such travel is often inefficient, wasteful and expensive: lawyers generally do not add value to their representation of a client by spending hours traveling to participate in court proceedings. … Many business clients are also acutely aware of the solution which technology enables them to utilize in reducing travel time and expense in their own businesses: the use of videoconferencing.” 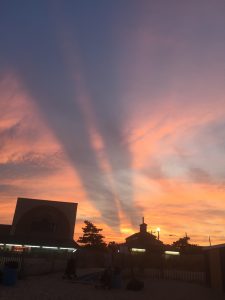 “[I]t is clear that telephone conference calls are not a complete solution to obviating inefficiencies caused by traveling to court proceedings.”

“Fortunately, as it has in other areas, technology provides a better solution to this problem. Videoconferencing from remote locations provides an efficient, cost-effective, and entirely satisfactory alternative to traveling substantial distances to participate in many court proceedings. As discussed in this memorandum, the technology involved has been widely used in many different contexts for many years. The technology is remarkably inexpensive and many lawyers already use it for various purposes. All that is required is attaching an inexpensive camera to the computers used by counsel and the judge, and obtaining an inexpensive license to use a videoconferencing service.”

“Implementing this proposal at this time will advance the goals of Chief Judge DiFiore’s Excellence Initiative, which has already resulted in numerous ‘measures to improve promptness and productivity, eliminate case backlogs and delays, and provide better service to the public.’ It will also be consistent with the Commercial Division’s role as a laboratory for innovation in the court system; after new rules and procedures have been introduced in the Commercial Division, other parts of the court system can evaluate whether these innovations might be valuable to them as well. This proposal embraces the opportunities technology provides to help the public, the bar and the judiciary, by improving the efficiency and productivity of the New York State courts. … [T]his amendment would help achieve the Excellence Initiative’s ‘goal of administering a high-functioning court system that provides all litigants with just and timely dispositions and first-rate judicial service.’”

The proposed rule is simply aimed at a common sense solution offered by technology to “obviate huge amounts of wasted time and money devoted to unnecessary travel by lawyers.”

The Advisory Council memorandum also includes an overview of  remote conferencing practices and technology; numerous examples of other courts making use of such technology; favorable comments from the National Center for State Courts on using videoconferencing technology in courts; and examples of cost and time efficiencies. Among other courts, the memorandum gives the specific example of North Carolina Business Court Rule 12.4, allowing for remote attendance at pre-trial conferences, which rule can be found here. [Additional details on that Business Court’s use of videoconferencing can be found here.]

Rule 1. Appearance by Counsel with Knowledge and Authority.

(d) Counsel may request the court’s permission to participate in court conferences and oral arguments of motions from remote locations through use of videoconferencing or other technologies. Such requests will be granted in the court’s discretion for good cause shown: however, nothing contained in this subsection (d) is intended to limit any rights which counsel may otherwise have to participate in court proceedings by appearing in person.

Again, you can read the full Advisory Committee memorandum here.