This case involves a legal malpractice suit, allegedly rooted in the defendants’ conflict of interest. The complaint alleges that at a time when the defendant lawyers were plaintiff’s counsel, they advised another party in connection with a lawsuit against plaintiff.

The defendant lawyers asserted an affirmative defense that plaintiff executed two engagement letters which included conflict waivers, and these waivers encompassed the alleged conflict at the heart of plaintiff’s claim. There was no dispute that plaintiff’s in-house counsel reviewed the two letters, but there was a vigorous dispute over in-house counsel’s knowledge as to what conflicts were waived. 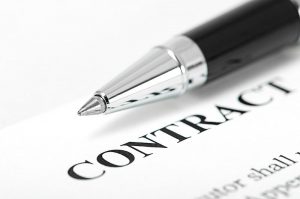 The Court could not determine whether the conflict was non-waivable as a matter of law.

The court rejected the notion that the conflict was indisputably non-waivable and obviated the need for any discovery of in-house counsel. Rather, the court found that open issues of fact remained on the nature of any conflict of interest. Thus, determining whether the conflict could not be waived as a matter of law would only come after discovery or even trial.

Discovery was proper because in-house counsel’s knowledge was raised.

The key allegations are:

In analyzing these allegations, the court drew from various portions of the Restatement (Third) of the Law Governing Lawyers (2000). The court generally observed the Restatement “is replete with examples of instances where a lawyer is permitted to rely upon privileged materials in defending itself against a client who attempts to use the privilege as a sword rather than a shield….”

Judge Wright Padilla focused, however, on the point that the test for waiving the attorney-client privilege is not whether the client uses the privilege as a sword or a shield. Rather, the key question is whether the client chooses to engage in a dispute that cannot be determined without exploring its attorney’s knowledge and communications. Thus, “[t]he preferred approach is to require that the client either permit a fair presentation of the issues raised by the client or protect the right to keep privileged communications secret by not raising at all an issue whose fair exposition requires examining the communications.”

Applying these principles, Judge Wright Padilla concluded that because plaintiff “raised the issue of its in-house counsel’s (lack of) knowledge and consent in an attempt to defeat [the] defense of waiver, [the plaintiff] must permit its former attorneys … to examine through discovery … in-house counsel’s relevant communications in order to enable a ‘fair exposition’ and ‘fair presentation’ of the disputed issues of knowledge and consent.” In responding to the affirmative defense on the merits by asserting in-house counsel did not have the knowledge alleged, Judge Wright Padilla found it was plaintiff that raised the issue of its attorney’s knowledge, rather than the defendants raising the issue by asserting the affirmative defense to which plaintiff responded.

This decision is currently on appeal to the Superior Court of Pennsylvania, Case No. 2352 EDA 2018.