Wisconsin Business Court Judge Michael Aprahamian addressed the issue of whether the court or an arbitrator decides arbitrability. In this case, the role went to the arbitrator. A copy of Judge Aprahamian’s decision in AMS Steam Products, LLC v. Whitaker can be found here. 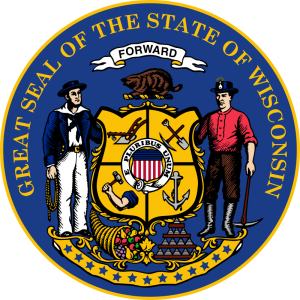 Background Leading to Arbitration Agreement and the Parties’ Dispute

AMS sold boilers for Miura America Co. Whitaker worked for AMS. Whitaker left AMS to take a job with Fluid Handling. Shortly after, Miura took steps to make Fluid Handling its distributor. As one might imagine, AMS was none too happy and objected to Whitaker’s joining a competitor that would replace AMS as Miura’s distributor.

Miura’s representation agreement included an arbitration provision. Among other things, the ADR language provided for mediation in the first instance, but if mediation failed the case would proceed to arbitration. The arbitration clause specifically states: “The arbitrator has the authority to rule on his or her own jurisdiction and the arbitrability of the Dispute, including any objections with respect to the existence, scope or validity of this Agreement.”

After the second settlement, AMS brought suit in Wisconsin against Whitaker, Fluid Handling, and Miura. AMS challenged Fluid Handling’s role in a project Miura, and Miura’s allowing Fluid Handling to have that role. The case was assigned to the Wisconsin Circuit Court’s Commercial Docket Pilot Project and Judge Aprahamian.

In this Case, the Arbitrator Determines Arbitrability

Judge Aprahamian looked to the U.S. Supreme Court decision in Henry Schein, Inc. v. Archer and White Sales, Inc. A copy of that opinion is attached here. In Henry Schein, the Supreme Court determined that the Federal Arbitration Act (which also governed the AMS dispute) mandated that courts view arbitration agreements as a matter of contract. Thus, courts must enforce arbitration agreements in accordance with the terms of that contract.

A Full Stay for Parties to the Arbitration Agreement, but no Stay as to Non-Parties

The court then addressed the procedural issue of whether to issue a stay or dismiss AMS’ action under the Wisconsin Arbitration Act (WAA). It had to address both the AMS-Miura dispute, as well as AMS’ claims against Whitaker and Fluid Handling who were not parties to the arbitration agreement.

As a court of general jurisdiction, the court had both subject matter and personal jurisdiction over the dispute, but it lacked competency to adjudicate the AMS-Miura litigation because of the arbitration provision. Judge Aprahamian found a stay appropriate as between AMS and Miura. First, this is the relief authorized under the WAA. Second, it was possible the arbitrator could rule against arbitrability and competency would no longer be an issue to proceeding in court.

The next issue was this stay’s scope. The power to stay is part of the court’s inherent power to control its own docket. Thus, e.g., the court could enter a partial stay or stay the entire matter pending a final arbitration award. The court appeared to recognize the possibility that an arbitration based stay does not necessarily have to encompass a stay of discovery in court. Judge Aprahamian found, however, that permitting discovery would frustrate the parties’ intentions in entering the arbitration agreement, i.e. choosing the perceived benefits of arbitration over the advantages of court-based litigation. Thus, Judge Aprahamian stayed all matters between AMS and Miura pending arbitration.

The court rejected a stay against the remaining parties who were not subject to the arbitration agreement. Unlike AMS and Miura, AMS, Whitaker and Fluid Handling had not bargained over arbitration and expressed a contractual intent to forego their constitutional right to court based litigation in favor of arbitration’s perceived advantages.

Thus, while all litigation as to Miura was stayed, the litigation against the other parties could proceed, and Judge Aprahamian denied any stay as between AMS, Whitaker, and Fluid Handling.