In March 2019, Wyoming’s Governor signed a law creating a new business court for Wyoming, to be known as the Chancery Court.  (See our previous post here.) 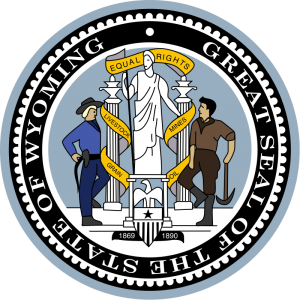 Wyoming’s Chief Justice Michael K. Davis has since issued an Order establishing a Chancery Court Committee to implement rules and regulations for this new business court, per Wyoming’s Chancery Court Statute. A copy of Chief Justice Davis’ initial Order can be found here.  (Justice Davis issued a supplemental order adding another member to the Committee, which can be found here.) Committee members are to serve three-year terms, ending on December 31, 2022.

Per W.S. 5-13-115(a), the legislation provides the following general guidance to the Committee and Supreme Court: “The chancery court shall be a court of limited jurisdiction established for the expeditious resolution of disputes involving commercial, business, trust and similar issues. The chancery court shall employ nonjury trials, alternative dispute resolution methods and limited motions practice and shall have broad authority to shape and expedite discovery as provided in the rules adopted by the supreme court to govern chancery courts.”

In contrast, per W.S. 5-13-115(b), the Legislature laid out the new Chancery Court’s jurisdiction in great detail, listing nearly 20 specific case types over which the new court “shall” have jurisdiction; and clearly leaving little or no discretion in the Committee or the Supreme Court when it comes to subject matter jurisdiction.

The new rules and regulations are to be in place by January 1, 2020.