Today’s post looks at the unique venue model developed over time in the Suffolk Superior Court’s Business Litigation Session (BLS), located in Boston. This business court docket started in the Suffolk Superior Court, a trial level court, only admitting Suffolk County cases. A few years later, the BLS’s doors opened to cases from three surrounding counties, without creating new business court sessions within those counties. Rather, the BLS remained centrally located in Boston, with non-Suffolk parties able to litigate their business and commercial cases in Boston.

To achieve this result, the Superior Court’s Administrative Directives permitted access to the BLS if: (1) all parties waived venue defects that would otherwise keep them out of Suffolk County, and (2) the appropriate judges determined the case should be accepted on the merits. After another six years, the same concepts were used in expanding the BLS to include business and commercial litigation arising in all of Massachusetts’ fourteen counties. 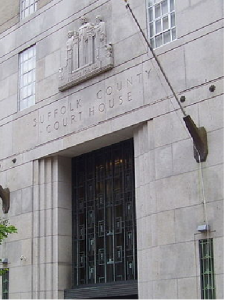 The BLS was born in 2000, when Superior Court Chief Justice Suzanne DelVecchio announced its creation , with an effective date of October 2, 2000.  At that time, the BLS was only designed to hear cases venued in Suffolk County.

In other states’ efforts to create specialized business court dockets via a trial court’s chief judge issuing an administrative order, the scope of the effort was limited to the single court or county in which that judge presided. As chief of the statewide Superior Court, however, Justice DelVecchio could go beyond county lines. In February 2003, she issued another Administrative Directive making the BLS permanent, and expanding its venue into three neighboring counties: Essex, Norfolk, and Middlesex (the latter encompassing high-tech and bio-tech communities).

There were limitations on this new venue. Under the 2003 expansion, a plaintiff from the three counties could file in the BLS, or a defendant could seek to transfer a case to the BLS. Cases arising in the other three counties, however, required the consent of all parties as a necessary predicate for the BLS to exercise jurisdiction. If full consent was reached, a judge with discretionary power could allow the case to stay in the BLS if it merited acceptance, just as with any Suffolk County case submitted for inclusion in the BLS.

Many non-Suffolk County litigants clearly were willing to pursue their cases in the BLS. During the 2½-year period from March 2003 to October 2005, while the BLS accepted 482 Suffolk cases, it also accepted 37 Essex cases, 74 Norfolk cases, and 173 Middlesex cases.

On January 19, 2009, then Superior Court Chief Justice Barbara Rouse expanded the BLS to a statewide jurisdiction, again via Administrative Directive. 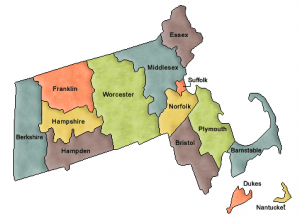 This 2009 Administrative Directive made it possible for litigants in any Massachusetts judicial district to bring appropriate cases in the BLS. As with the three county expansion, the first key to doing so was all parties willingness to waive defective venue. Parties seeking transfers into Suffolk County also had to file a motion with both their own county judge and then with the BLS administrative judge for leave to have the case accepted. Thus, the BLS became a statewide court; however, for litigants outside of Suffolk County it was a voluntary program (subject to additional court approvals).

The 2009 directive specifically provided the theory and procedure concerning venue: “Nothing in this Administrative Directive changes the statutory requirements for venue.  Since improper venue may be waived, the BLS Administrative Justice does not consider the appropriateness of venue in determining whether to accept a case into the BLS. If a plaintiff files a complaint in Suffolk County without proper venue, and the case is accepted into the BLS, any party may move to dismiss or transfer the case for improper venue, and the case shall be dismissed without prejudice or transferred…. Failure to file such a motion within the time limits prescribed … shall constitute a waiver of improper venue.”

On March 1, 2017, under the leadership of Superior Court Chief Justice Judith Fabricant (a former BLS judge), a new BLS Administrative Directive was issued superseding the January 19, 2009 Administrative Directive. The 2017 directive specifically addresses (1) venue and (2) sua sponte court transfers into the BLS from all counties, though there are not any dramatic venue changes from the 2009 directive.

The 2017 directive includes a very clear heading about venue waivers as the means to bring cases in the BLS: “Venue Not a Bar to Requesting Acceptance into the BLS”. Thus, continuing on the same lines as the 2009 directive, “[a] plaintiff may seek acceptance into the BLS even if venue does not lie in Suffolk County.” Also in accord with the 2009 directive, “[a]lthough nothing in this Administrative Directive changes the statutory requirements for venue, because improper venue may be waived, the BLS Administrative Justice does not consider venue when determining whether to accept a case into the BLS.”

If the case is filed in Suffolk County and accepted in the BLS, a party can still move to dismiss or transfer based on improper venue, but failure to timely file that motion is a waiver on the venue issue; again, creating voluntary jurisdiction through mutual consent. The new directive added some clarity by stating transfer is the singular remedy for a successful motion to dismiss or transfer based on venue. This does not alter the court’s basic design allowing cases from any Massachusetts county into the BLS if no party challenges venue, and the court finds the case merits inclusion on the BLS’s docket.

The 2017 directive also expressly addresses sua sponte transfers to the BLS: “A case filed outside of Suffolk County may be transferred to the BLS by a sua sponte order of: 1) the BLS Administrative Justice, or 2) the judge sitting in the session to which the case is assigned after that judge has consulted with the BLS Administrative Justice as to the propriety of a transfer, as long as either venue lies in Suffolk County or, after consultation with the parties, no objection to venue is raised.” Again, for non-Suffolk cases, the parties must all agree to the BLS assignment, but this new directive recognizes that non-Suffolk County judges may also be proactive in directing cases from their courts into the BLS.

[Note: In addition to reviewing the Administrative Directives, information in this post was gathered from A History of the Creation and Jurisdiction of Business Courts in the Last Decade (2004), and the 2006, 2009, 2010 and 2018 “Business Courts” chapters in the ABA Business and Corporate Litigation Committee’s annual publication, Recent Developments in Business and Corporate Litigation.]