Judge Wilkes original three-year appointment as chair started on October 12, 2012, and he was re-appointed to a second three-year term in 2015, which was extended until the end of January 2019.  Judge Wilkes will continue to sit as a Senior Judge with the Business Court Division until October 2019. 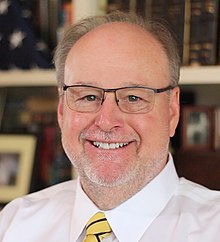 In addition to his work in West Virginia, Judge Wilkes served as a Business Court Representative to the ABA Section of Business Law from 2016-2018.  He is Co-Chair of the E-Discovery Subcommittee and Vice-Chair of the ADR Subcommittee within the Section’s Business and Corporate Litigation Committee. He is also a member of the American College of Business Court Judges.  Judge Wilkes has spoken about business courts with great clarity and insight in interviews and on panels, including a February 27, 2017 multi-part interview with WDVM, publicly available online.