In our first post on the subject, we discuss a seminal force majeure decision from the Philadelphia Court of Common Pleas Commerce Case Management Program (the “Commerce Court”). 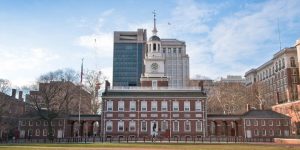 Rohm & Haas had agreed to have 150,000 pounds of product available for sale to Crompton. The product was located at a facility in Mississippi, which Rohm & Haas argued was its only facility capable of manufacturing the product. The parties’ agreement, however, did not state that this facility would be the product’s sole source.

One month before the parties’ agreement, there was a federal consent decree in Mississippi federal court (the “Consent Decree”) addressing environmental issues and operational practices at the Mississippi facility. The Mississippi facility ultimately closed, rather than paying to meet the terms of the Consent Decree. Rohm & Haas asserted that “this closure left only two companies capable of supplying the Product in significant quantities, and these companies’ per-pound selling price for the Product is more than 50 percent above the price at which R&H was obligated to sell the Product under the Agreement.” No product was delivered to Crompton.

The Rohm & Haas/Crompton contract’s force majeure provision provided that: “Deliveries may be reduced or suspended … upon the occurrence of any event beyond the reasonable control of such party … which makes impracticable the manufacture, transportation, acceptance or use of a shipment of the Product or of a raw material or intermediate upon which the manufacture of the Product is dependent. If, because of any such event, it is impracticable for Seller to supply the total demand for the Product, Seller will nonetheless use reasonable efforts to continue to supply Buyer’s demand for the Product from alternative sources approved by Buyer, and will do so under the terms of this Agreement.” (Emphasis added)

Rohm & Haas took the position that the “effect of the Consent Decree was to make the production of the Product at the [Mississippi] Facility commercially impracticable and that the extraordinary costs of bringing the Facility into compliance constitute a force majeure event that relieves it of its obligations under the Agreement.” Thus, its failure to deliver the promised product to Crompton should be excused.

Then President Judge John Herron disagreed, ultimately holding that Rohm & Haas’ “argument essentially boils down to the twin assertions that the Consent Decree entered before the contract was signed made it too expensive to produce the Product at the [Mississippi] Facility and that the market price for the Product was too high. When taken either separately or together, these assertions do not justify R&H’s breach of the Agreement either under the Force Majeure Provision or the doctrine of commercial impracticability.”

After observing a dearth of force majeure case law in Pennsylvania, Judge Herron quoted a Pennsylvania Commonwealth Court opinion: “In order to use a force majeure clause as an excuse for non-performance, the event alleged as an excuse must have been beyond the party’s control and not due to any fault or negligence by the non-performing party. Furthermore, the non-performing party has the burden of proof as well as a duty to show what action was taken to perform the contract, regardless of the occurrence of the excuse.” (Court’s emphasis) The court also cited a 1929 Pennsylvania Supreme Court case which required strict interpretation of force majeure contract language that only excused the failure to provide produce (garlic) if the supplier could prove a total impossibility of performance. That the seller could only partially perform, or could only perform at great additional expense, did not meet this standard.

Judge Herron then looked at cases outside Pennsylvania, quoting at length from a Texas federal case:

“Force majeure” is a term that describes a particular type of event which may excuse performance under a contract. To determine whether a certain event excuses performance, a court should look to the language that the parties specifically bargained for in the contract to determine the parties’ intent, rather than resorting to any traditional definition of the term. Contractual terms are controlling regarding force majeure with common law rules merely filling in gaps left by the document. In other words, when the parties have themselves defined the contours of force majeure in their agreement, those contours dictate the application, effect, and scope of force majeure.

The court further found that Rohm & Haas did not show evidence that it had attempted to obtain product from alternative sources, as required by the force majeure provision. Even here, however, the basic problem remained: Rohm & Haas had not established the presence of a force majeure “event” under the contract language. In this vein, Judge Herron also noted Rohm & Haas argued a number of other factors that caused it to close the Mississippi plant, including “the few suppliers of the Product and the relatively high cost of securing the Product.” He found again, that these factors did not constitute a force majeure “event” under the contract language.

Section 2615(1) provides: “Delay in delivery or non-delivery in whole or in part by a seller who complies with paragraphs (2) and (3) is not a breach of his duty under a contract for sale if performance as agreed has been made impracticable by the occurrence of a contingency the non-occurrence of which was a basic assumption on which the contract was made or by compliance in good faith with any applicable foreign or domestic governmental regulation or order whether or not it later proves to be invalid.” (Court’s emphasis)

The court also quoted Comments 1 and 4 to section 2615. Comment 1 addresses timing: “1. This section excuses a seller from timely delivery of goods contracted for, where his performance has become commercially impracticable because of unforeseen supervening circumstances not within the contemplation of the parties at the time of contracting.” (Court’s emphasis)

Comment 4 addresses increased cost: “Increased cost alone does not excuse performance unless the rise in cost is due to some unforeseen contingency which alters the essential nature of the performance. Neither is a rise or a collapse in the market in itself a justification, for that is exactly the type of business risk which business contracts made at fixed prices are intended to cover. But a severe shortage of raw materials or of supplies due to a contingency such as war, embargo, local crop failure, unforeseen shutdown of major sources of supply or the like, which either causes a marked increase in cost or altogether prevents the seller from securing supplies necessary to his performance, is within the contemplation of this section.” (Court’s emphasis)

Rohm & Haas’ first problem was that the Consent Decree was not “’a contingency the non-occurrence of which was a basic assumption on which the contract was made,’ because it had already occurred at the time the Agreement was consummated.” Likewise, the Consent Decree could not be an unforeseen supervening circumstance outside the parties’ contemplation.

Second, “[t]he Consent Decree’s effect of increasing the costs of producing or securing the Product are also not grounds for invoking the doctrine of commercial impracticability. As stated in Comment Four, increased cost generally does not constitute commercial impracticability.” Citing Pennsylvania appellate case law, Judge Herron observed that “’impracticability’ means more than ‘impracticality.’ A mere change in the degree of difficulty or expense due to such causes as increased wages, prices of raw materials, or costs of construction, unless well beyond the normal range, does not amount to impracticability since it is this sort of risk that a fixed-price contract is intended to cover.”

Highly relevant to the current crisis is Judge Herron’s reference to Comment 10, concerning government orders. Comment 10 provides: “[G]overnmental interference cannot excuse unless it truly ‘supervenes’ in such a manner as to be beyond the seller’s assumption of risk. And any action by the party claiming excuse which causes or colludes in inducing the governmental action preventing his performance would be in breach of good faith and would destroy his exemption.”

Judge Herron rejected the notion that the Consent Decree was such a governmental order. “Surely the drafters of the UCC could not have intended for this provision to apply to a contracting party’s pre-contractual obligation under a prior order or to an order to which a contracting party consented and in whose construction a contracting party was actively involved.”

Those seeking to use section 2615 in Covid-19 cases, however, will readily distinguish the facts involving government closure orders to try and control the pandemic’s effects.

We will be posting more on business court force majeure cases in the near future.