Plaintiff brought the case in the Delaware Superior Court’s Complex Commercial Litigation Division (CCLD), Delaware’s law-side business court. The defendant move to transfer the case to the Chancery Court, relying on a forum selection clause in the parties’ agreement. 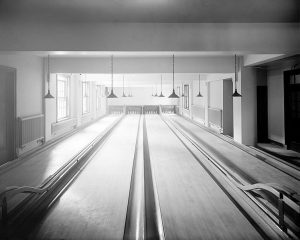 This contract dispute arises out of defendant’s purchase of plaintiff’s subsidiaries, and the alleged failure to pay over a tax refund in connection with that Stock Purchase Agreement.

The bulk of the opinion addresses whether 6 Del. Code § 18-111, which gives the Chancery Court jurisdiction over certain aspects of limited liability company agreements, applied in this case. Judge Legrow’s close analysis sets forth why section 18-111 did not encompass this breach of contract claim between parties for money damages (which she also concluded was not equitable in nature).

Defendant essentially argued that this fifth category gave Chancery jurisdiction over all contracts an LLC might enter with other parties. In rejecting the notion that the term “contemplated” created exhaustive jurisdiction in the Chancery over all things LLC related, the CCLD reasoned, among other things, that this would lead to an absurd application of the statute’s language, stating:

Additionally, it is unlikely the General Assembly intended this interpretation because allowing an LLC to litigate basic contract or consumer actions in the Court of Chancery would eliminate the right to a jury trial in those cases. It would be absurd to conclude that the General Assembly intended to work a sea-change in the Court of Chancery’s jurisdiction simply by using the word “contemplates.”

The decision in Sun Life Assurance Company of Canada v. Group One Thousand One, LLC can be found here.