On April 2, 2019, Georgia’s Legislature passed a statute creating the “State-wide Business Court.” As the name makes clear, under this statute the Business Court’s jurisdiction reaches throughout all of Georgia. It now goes to the Governor for review.  If it becomes law, this new business court will commence operations on January 1, 2020, and start taking cases on August 1, 2020.    A copy of the State-wide Business Court statute can be found here. 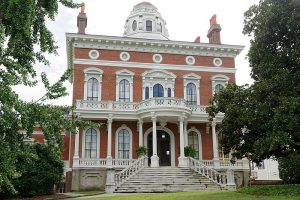 The Business Court will be staffed beyond the appointed judge. There will be a salaried clerk, law clerks, staff attorneys, stenographers, and assistants. The Business Court judge and Business Court clerk “shall be responsible for designating an electronic filing system and the procedures for filing that shall be articulated in the rules of the State-wide Business Court.” The law also provides generally for a budgeting process and certain types of expected expenditures on legal materials needed to operate a well-functioning court.

The new law makes clear, however, that individual county courts can maintain or create their own business court dockets as well: “Nothing in this chapter shall preclude a superior court from creating a business court division for its circuit or preclude a state court from creating a business court division, in the manner provided by law.” Thus, there is no requirement that the 14-year old Metro Atlanta Business Court cease operations. That court functions within the Fulton County Superior Court and encompasses both Fulton and Gwinnett Counties.

Business Court cases must be tried in the county mandated by the state constitution, but pre-trial matters may be handled in Macon, with the statute giving the judge discretion to “conduct pretrial proceedings by means of telephone, video conferencing, or other efficient technological means as may be deemed necessary or useful to conserve the resources of the parties or the court pursuant to the rules of the State-wide Business Court.” [Note: We recently posted observations on similar practices concerning pre-trial and trial court sites in North Carolina’s Business Court and in the expanded Wisconsin Business Court.]

In pure damage actions, commercial property disputes must have a minimum of $1 Million in controversy, and all other case types must have at least $250,000 at issue.

All Parties Must Agree to Business Court Jurisdiction

Some Differences with Originally Proposed Legislation

Georgia’s House and Senate proposed different versions of a business court bill. Some notable differences from earlier drafts with the final law are that the filing fee will be $1,000, not $5,000. Moreover, there will not be jurisdiction over all cases arising under federal statutes over which states have concurrent jurisdiction, but only federal law cases that fall within the case types defining Business Court jurisdiction.

There were also some differences over whether a single party’s request to get on the Business Court docket could be sufficient, but the new law ultimately provided that all parties must agree to litigate in the Business Court, subject to the judge’s final approval.

We note the House sought to locate the Business Court in Atlanta, but both branches ultimately agreed to locate the new court in Macon.

Finally,  the drafters added language during the legislative process making clear that individual Georgia Superior or State Courts could establish a business court division on their local dockets. Thus, it would not be surprising to see the Fulton County Superior Court continue the Metro Atlanta Business Court.

15-5A-3. (a) Except as provided in subsection (b) of this Code section, pursuant to the process provided for in Code Section 15-5A-4, the State-wide Business Court shall have authority to:

(1) Exercise concurrent jurisdiction and the powers of a court of equity, to the extent that such powers are exercised:

(A) Notwithstanding the amount in controversy, where equitable relief is requested in claims:

(i) Arising under Part 1 of Article 1 of Chapter 9 of Title 9, the ‘Georgia Arbitration Code’;

(ii) Arising under Part 2 of Article 1 of Chapter 9 of Title 9, the ‘Georgia International Commercial Arbitration Code,’ for which an application may be made to a court of this state;

(iv) Involving securities, including, but not limited to, disputes arising under Chapter 5 of Title 10, the ‘Georgia Uniform Securities Act of 2008’;

(vii) Arising under Chapter 8 of Title 14, the ‘Uniform Partnership Act’;

(ix) Arising under Chapter 9A of Title 14, the ‘Uniform Limited Partnership Act’;

(xii) Involving registration and use of trademarks, service marks, and trade names, including, but not limited to, disputes arising under Article 16 of Chapter 1 of Title 10;

(xiv) Where the complaint includes a professional malpractice claim arising out of a business dispute;

(xvi) Involving claims for breach of contract, fraud, or misrepresentation between businesses arising out of business transactions or relationships;

(B) When damages are the only relief requested and the amount in controversy is at least:

(i) One million dollars for claims under subparagraph (A) of this paragraph involving commercial real property; or

(ii) Two hundred and fifty thousand dollars for claims under subparagraph (A) of this paragraph not involving commercial real property;

(3) Have supplemental jurisdiction over all pending claims that are so related to the claims in cases provided for under paragraph (1) or (2) of this subsection that such pending claims form part of the same case or controversy;

(5) Exercise such other powers, not contrary to the Constitution, as are or may be given to such a court by law.