In 2017, Wisconsin’s Supreme Court established the Commercial Docket Pilot Project in the Waukesha County Circuit Court (within the Third Judicial District, bordering Milwaukee County), and in Wisconsin’s Eighth Judicial District (which includes Green Bay in Brown County, among other cities and counties). 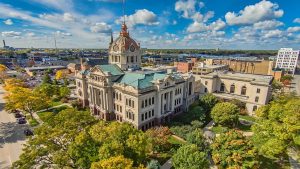 As of April 1, 2019, business and commercial litigants in other Wisconsin counties whose cases involve large claims can jointly petition to have their actions administered within the Commercial Docket. The “Guidelines for Transferring a Case to the Commercial Docket” can be found here.

These new procedures are a clear indication that the Commercial Docket has been a plus. This is consistent with Wisconsin Chief Justice Patience Roggensack’s October 2018 State of the Judiciary comments on the Wisconsin Business Court, observing that a number of Business Court cases were resolved in one-third the time expected on the normal docket.

Transfer is at the discretion of Third and Eighth Circuit Chief Judges, who will decide which specific Business Court receives a case, if that case is accepted onto the docket.  A case is only eligible for transfer if it falls within the defined mandatory jurisdiction of the Commercial Docket. Cases potentially subject to the Commercial Docket’s discretionary jurisdiction are not eligible for transfer.

Permitting the Waukesha and Eighth District Business Courts to serve counties beyond their borders is reminiscent of developments in Massachusetts and Tennessee. Requiring the trial to take place in the county of origin is also similar to the riding-the-circuit nature of some statewide business courts that are not physically located in every individual county courthouse.  For example, in the North Carolina Business Court, pre-trial matters typically take place where the business court judge is located, but jury trials take place in the county where the case was filed; though non-jury trials can potentially be heard in either location.

We looked forward to continued developments in Wisconsin’s Business Court.