In 2008, New Hampshire’s Legislature created the Business and Commercial Dispute Docket (BCDD). The enabling statute can be found here.

The BCDD is a statewide docket, but operates solely within the Merrimack Superior Court in Concord. The statute limits jurisdiction to business disputes and excludes consumer related disputes. The BCDD rules set out 12 categories of case types defining BCDD jurisdiction, and a catchall for “[o]ther complex disputes of a business or commercial nature.” Even if these standards are met, however, jurisdiction is not mandatory. Rather, it remains further subject to consent by all parties. Superior Court Rule 207, governing the BCDD, can be found here.

The BCDD began operations on December 1, 2009, and the Honorable Richard B. McNamara has been its presiding justice since this business court’s inception. 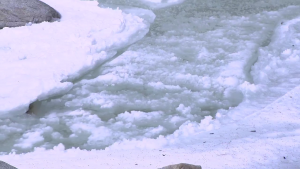 After analyzing the New Hampshire Supreme Court case law relating to minority shareholders and close corporations, and looking to the treatment of the corporate freeze-out theory in other jurisdictions, especially Massachusetts, Judge McNamara predicted the Supreme Court would adopt this theory as the law in New Hampshire.

As to the case’s specifics, the minority shareholder worked for a number of years without taking a salary, allegedly as sweat equity. The majority shareholder ultimately refused to allow any salary payments, and the minority owner asserted that any minimal profits the company might pay out to him as an owner were grossly inadequate to compensate his 30% ownership interest. The minority shareholder claimed he was due compensation in the form of salary as a benefit of his 30% corporate ownership, not as an employee. The court allowed the case to proceed under the newly adopted corporate freeze-out theory. A full copy of Judge McNamara’s opinion can be found here.