A copy of the Complaint can be found here. 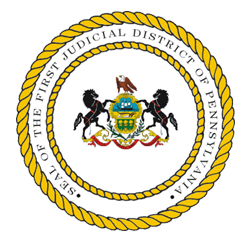 Taps & Bourbon alleges it operates a restaurant in Philadelphia. On March 19, 2020, Pennsylvania Governor Wolf issued an executive order closing all businesses that were not “life sustaining” to prevent and suppress Covid-19. The executive order looked to WHO, CDC, and HHS pronouncements in declaring a “public health emergency”.  Taps & Bourbon closed its doors per the order, not only incurring business losses, but also “Extra Expenses” such as disinfecting the premises.

Taps & Bourbons’ Lloyds policy provides coverage for “direct physical loss of or damage to covered property at the premises described in the Declarations caused by or resulting from any Covered Cause of Loss.” “Covered Cause of Loss” is defined to mean “Risks of Direct Physical Loss” unless otherwise excluded or limited in the policy. The policy is endorsed with a virus exclusion.  Taps & Bourbon, however, had purchased a “Restaurant and Platinum Enhancement Endorsement”. Taps & Bourbon alleges this enhancement endorsement removes the virus exclusion.

Taps & Bourbon alleges that in denying coverage, Lloyds and its agent: (i) misstated the scope of “Covered Cause of Loss”, (ii) conflated the “Ordinance or Law” exclusion with civil authority closure coverage, (iii) improperly invoked the “Hazardous Materials” exclusion, (iv) improperly asserted there was no direct physical damage despite the Governor’s order expressly stating this was a “Disaster Emergency” affecting all property located in Pennsylvania, and (v) ignored the enhanced endorsement that removed the virus exclusion.

Taps & Bourbon brought claims against Lloyds for breach of contract and the contractual duty of good faith and fair dealing, as well as statutory bad faith.  It brought a “negligent breach of contract” claim against Lloyds’ agent. Lloyds moved to dismiss the claims against it by way of preliminary objections.  Judge Glazer overruled the preliminary objections and allowed the case to proceed.

A copy of Judge Glazer’s Order can be found here.

In a footnote explaining his Order, Judge Glazer states,

This Litigation arises from the denial of insurance coverage for business losses as a result of the COVID-19 pandemic and resulting state and local orders mandating that all non-essential businesses be temporarily closed. In the instant preliminary objections, defendant alleges that plaintiff’s claim is not covered under the policy because, inter alia, there is no direct physical loss” or “damage to” the property, the civil authority coverage provision does not apply, and the virus exclusion provision precludes coverage. Additionally, defendant alleges that since the claim is not covered, a bad faith claim cannot survive.

At this very early state, it would be premature for this court [to] resolve the factual determinations put forth by defendant to dismiss plaintiff’s claims. Taking the factual allegations made [in] the plaintiff’s complaint as true, as this court must at this time, plaintiff has successfully pled to survive this stage of the proceedings. Moreover, the law and facts are rapidly evolving in the area of COVID-19 related business losses. Accordingly, the preliminary objections are overruled.