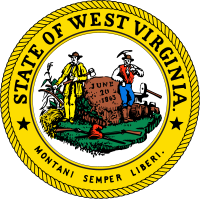 The Report and a Few Statistical Observations

Among other things, since the BCD’s inception, 93 of 165 motions to refer cases into the BCD were granted. As the report states: “The majority of cases that have been referred to the business court involve contract disputes or alleged tortious business practices. Twenty of the cases referred were complex tax appeals. The remainder of cases referred to the business court involve other complex matters of significance to the transactions, operations or governance between business entities which include shareholder derivative actions, alleged monopolies, mismanagement of trusts, violations of the WV Unfair Trade Practices Act, and disputes regarding the scope of easements, right of ways, and restrictive covenants.”

The report also includes a bar graph showing the number of BCD cases resolved since its inception, and by what means those cases were resolved. Among other means of resolution, 59.5% of cases were settled, with 23% of the cases settled before using any ADR procedures and 36.5% settled at or after ADR. Four percent of the cases were decided by juries, and 5% by judges at bench trials. Nineteen percent were decided by motions to dismiss or for summary judgment.

The BCD’s rules include a designation for “Resolution Judges” (Rule 29.04(e)).  These are BCD judges “assigned by order of the Division Chair, with the advice and consent of the Division, to mediate, arbitrate, or provide any other form of dispute resolution agreed to by the parties.” If resolution judges become involved, “[t]o protect confidentiality of the mediation process, communications between the presiding judge and the resolution judge regarding the mediation during or after the process shall be limited to procedural status or other matters agreed to by all parties.”

Per Rule 29.08(h), an assigned “Resolution Judge is authorized to schedule and conduct mediation of the case or any Alternative Dispute Resolution as agreed to by the parties and the Resolution Judge in an attempt to resolve the case in an expedient and efficient manner.”

The availability of business court judges to mediate business court cases is the exception rather than the norm, with Delaware’s Chancery Court being another notable example. Delaware’s Code permits members of the Court of Chancery to mediate certain types of business disputes in which they are not presiding judges (10 Del. C. 347) as a mediation only process without any pending Chancery Court action; and Court of Chancery Rule 174 allows for mediation by non-presiding judges who have no involvement in the case in pending Chancery Court actions.

Again, here is a copy of the full report.