Justice Charles E. Ramos retired in 2018, after over 30 years on the Bench. He served on the Commercial Division in New York County from 1996 until his retirement. At 22 years, Justice Ramos was the longest serving business court judge in the United States.

In 2013, Justice Ramos was designated to handle the Commercial Division’s international arbitration matters. In 2018, he was honored by the New York State Bar Association’s Commercial and Federal Litigation Section with the Stanley H. Fuld Award, and in 2019, the NYSBA’s International Section recognized Justice Ramos with an award for Distinction in International Law and Affairs. 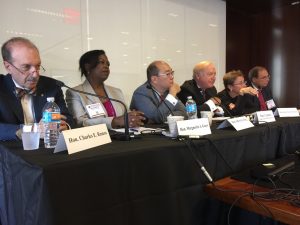 The Commercial Division established a Large Complex Case List, effective January 1, 2018. This pilot program encompasses cases worth at least $50,000,000 or cases addressing “matters of sufficient complexity and importance to warrant such designation.” A subsequent order was issued on July 31, 2018, addressing designation of cases to the LCC. This pilot program was inspired by UK’s Financial List, a program designed for cases valued at over £50 Million. This is yet another example of competition with English commercial courts.

The Commercial Division adopted new Rule 9-a, Immediate Trial or Pre-Trial Evidentiary Hearing. Under this new rule, “parties are encouraged to demonstrate on a motion to the court when a pre-trial evidentiary hearing or immediate trial may be effective in resolving a factual issue sufficient to effect the disposition of a material part of the case.” A good summary of the new rule can be found here.

Please note that we are not highlighting the entire universe of significant events and developments in the Commercial Division during 2018.