This blog post from the Institute for the Advancement of the American Legal System (IAALS), at the University of Denver, provides a thorough discussion of recent developments in Arizona’s Commercial Court. [The IAALS blog is an excellent resource for research, developments, and innovations, in both the federal and state courts.]

We also observe the following points from Arizona’s new rules and recent reports. 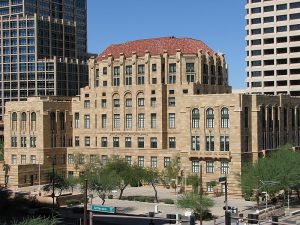 On the later point, the Supreme Court’s final Commercial Court rules added a jurisdictional minimum amount in controversy requirement: “A case that seeks only monetary relief in an amount less than $300,000 is not eligible for the commercial court.” Rule 8.1(c) The Commercial Court Review Committee had recommended this jurisdictional minimum in its June 2018 report, stating “the Committee’s newly proposed provision should reduce the workloads of commercial court judges in a meaningful way.”

Other case volume reduction changes in the permanent rules include eliminating jurisdiction over surety bonds and third party indemnity claims against an insurer. Rule 8.1(b)(13) Further, jurisdiction over disputes involving commercial real estate, franchises, the UCC, and professional malpractice is now discretionary with the court.  Rule 8.1(d)(6) 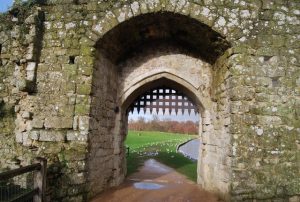 A final report, prepared by the National Center for State Courts, was issued in December 2018. The NCSC final report provides: a detailed statistical analysis of the Commercial Court’s caseload and dispositions over time; an overall history of the program and a review of prior reports; and the nature of key issues facing the Commercial Court, with recommendations addressing those issues.

Among its conclusions, the final report states:

“It is also clear from the attorney survey results and focus group comments that expeditious case processing is not the most important consideration. Since its inception, the most frequently noted benefit of the Commercial Court expressed by key stakeholders is the assignment of highly experienced judges with specific commercial litigation expertise. Attorneys and litigants consistently remarked that judges were able to identify and keep the parties focused on key legal and evidentiary issues, ultimately saving time and controlling costs. Although some complained about the amount of time judges took to enter a decision on pending motions, there was great consensus that the quality of judicial decision-making in the written opinions was exemplary. Active judicial involvement in case management – especially the judges’ genuine interest in the cases and their accessibility and engagement in case conferences and hearings – was also greatly appreciated.”

The final report also comments on issues concerning: judicial assignments and the length of time judges should serve on the Commercial Court, judicial expertise, and judicial education; the Commercial Court’s evolution from the concept of hearing all business-to-business cases to focusing on more complex business and commercial cases; the functional intermingling of cases between Arizona’s Commercial Court and Complex Litigation Court, and whether those two should be formally consolidated; and filing fees to be charged in Commercial Court cases.

Thus, it is very likely more developments lay ahead for Arizona’s Commercial Court.