Judge Glazer was elected to Philadelphia’s Court of Common Pleas in 1991, and was assigned to the Commerce Court effective May 1, 2012. He became the Commerce Court’s Supervising Judge in 2018, after then Supervising Judge Patricia McInerney’s retirement.  He has carried considerable administrative and leadership responsibilities within the Commerce Program and Court-wide. Before joining the bench, Judge Glazer served as an Assistant United States Attorney in Philadelphia where, among other things, he investigated and prosecuted judicial corruption in the Philadelphia Court System in the late 1980s.

The Philadelphia legal community greatly appreciates Judge Glazer’s service over these many years. 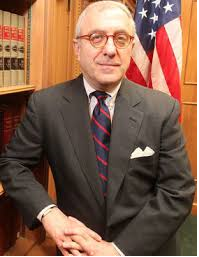